What are Projects and Operations? 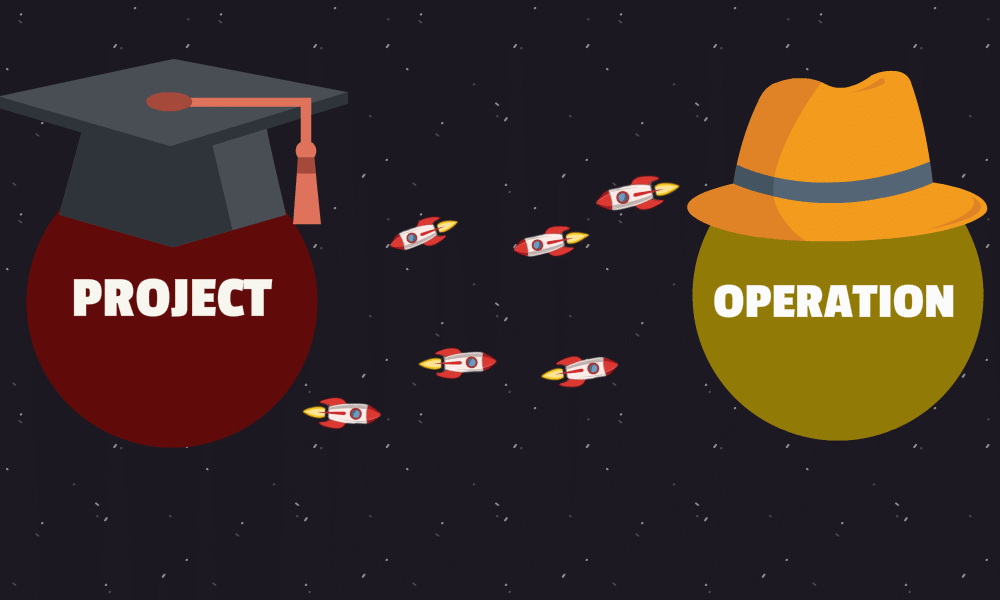 I often see that aspirants do not understand the difference between a project and an operation. I regularly receive emails from those who are interested in applying for the PMP exam but are working with operations.

Some aspirants applied for the PMP exam, were selected for audit and failed it. Afterward, they contacted me and I reviewed their application. I found that they have been working in operations, but they thought they were in project management and that was why they failed the audit process.

Therefore, it is important for you to understand the difference between these two terms so you know if you are eligible to apply for the PMP exam.

People get confused between projects and operations because they share some characteristics, such as:

These common characteristics make people confused. However, the differences between projects and operations can be clear.

What is a Project?

A project can be defined in many ways.

For example, PRINCE2 defines a project as:

“A project is a temporary organization that is created for the purpose of delivering one or more business products according to an agreed Business Case.”

And the PMBOK Guide says:

“A project is a temporary endeavor undertaken to create a unique product, service, or result.”

Although the wording of each definitions is different, the meaning is the same. You can conclude that:

What does it mean that a project is temporary by nature?

Once you deliver the final deliverable, your project will cease to exist because its objective has been achieved. A project has a definitive start and end: Ii cannot continue forever. It has to end when the objective is achieved or it is terminated.

The second point says that a project produces an output. If it is construction-related, the output will be any physical structure. If it is a research-related project, it may produce a report; for example, an analysis of the impact of vehicle pollution on the environment.

A project may also produce a service-related output; for example, setting up a call center to help customers solve problems.

What is an Operation?

Operations are the ongoing execution of activities and they follow an organization’s procedures to produce the same result or a repetitive service. Operations are permanent in nature.

Production, manufacturing, and accounting are examples of operations.

There are many definitions of operations. Some are as follows:

Any manufacturing or production process can be an example of an operation.

The Difference Between Projects and Operations

There are many differences between projects and operations. Some differences are as follows:

A Real-World Example of Projects and Operations

Assume you were given a project to build a car manufacturing facility.

You build the facility and deliver it to the client. Your job is completed, and the client has started manufacturing cars.

In this example, building the facility is an example of a project, because here you constructed a car manufacturing facility and handed it over to the client and signed off.

However, once the facility starts working and the car manufacturing process begins, this is an example of operations, because here the facility is producing a repetitive output, cars.

Therefore, this is an example of an operation.

Before I conclude this blog post, let me tell you an interesting discussion about projects and operations that my friend and I had.

A few days ago, we argued about the difference between operations and projects.

He was not able to differentiate between the two. He was confused, saying that an organization completed a project to build a school building. This project was completed, and the school building was handed over to the client.

Being similar does not mean they can be categorized as operations. Although you are constructing a school building, once you hand it over it to the client, your job is completed, the team is released, and the project is closed.

Whenever you handle a similar type of project in the future, you will start planning from the beginning, develop your project team, execute the plan, etc. Everything starts from scratch. Although your experience will help you manage the project, it is not the same as before.

I explained the definitions of a project and an operation and how he can apply these to his school building example.

Then I asked him: will this team give you an output and is it repetitive? He replied, yes, they will give output as a school building, but there is no repetition. It fulfills the second condition of a project that they are undertaken to produce a unique service, result, or product.

I also asked him if there is a fixed budget or time duration to complete the construction of the school building. He said yes. I told him these are properties of projects; they have a definite beginning and ending, and have a fixed budget.

Operations don’t have a fixed budget or fixed schedule.

Finally, he understood the difference between a project and an operation.

Why Projects and Operations are Undertaken

Projects are undertaken due to the following reasons:

On the other hand, operations are performed to run the business and sustain the system.

Projects are temporary in nature and they produce something new, while operations don’t produce anything new; they maintain and sustain a system. Both are an important part of a product life cycle and interact with each other on many occasions. In a project, your aim is to achieve the objective, while operations are metrics-focused.

This topic is very important from a PMP exam point of view. You will see a few scenario-based questions on your PMP exam asking you whether a person is engaged in project work or busy with operational activities.

Are you working in a project or operation? Please share your experience in the comments section. 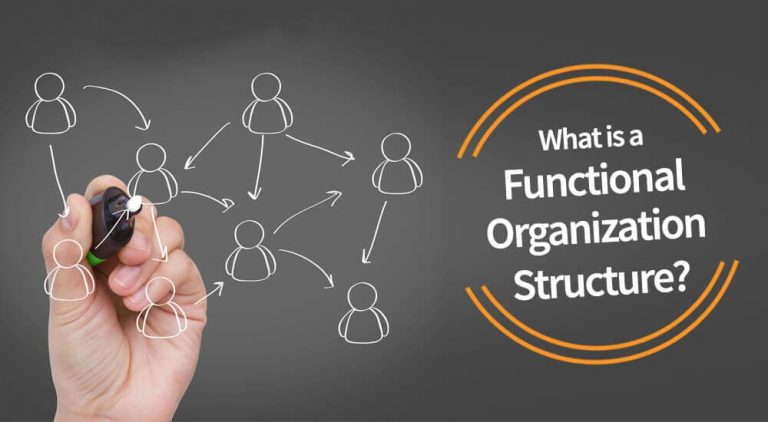 Every organizational structure has a different system. 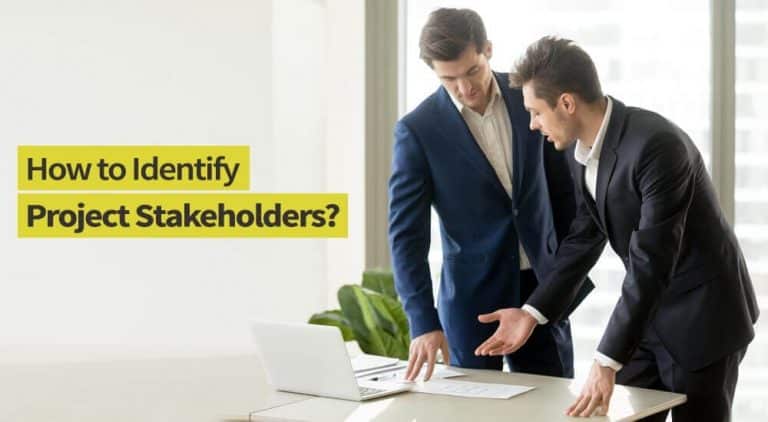 Projects occur to fulfill the stakeholders’ requirements. If they are not happy, you cannot say that your project was a success. Project management is about managing stakeholders.

You want to complete your project with minimal obstruction. So, you must identify your project stakeholders at an early stage, and then engage with them throughout the project life-cycle.

You start the process of identifying stakeholders after the sponsor signs the project charter. 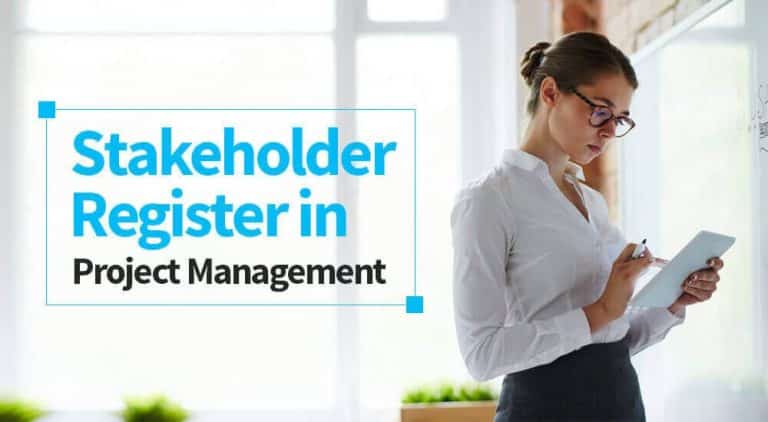 Your project is not successful if your stakeholders are not happy. Stakeholder satisfaction is essential for successful project completion.

According to the PMBOK Guide, “A stakeholder can be a person, a group, or an organization that may be affected, or have any interest in the project, or the project’s outcome; either directly or indirectly.”

What is a Stakeholder Register?
A stakeholder register is a project document that has information about the project stakeholders. It identifies the people, groups, and organizations that have any interest in the work and the outcome. 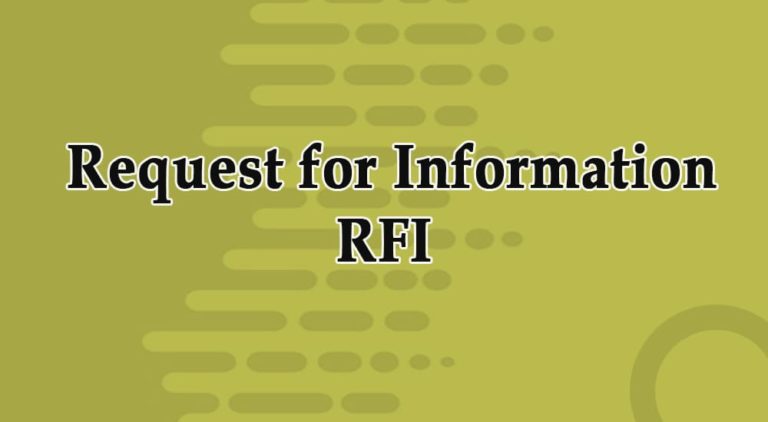 Most projects and organizations require outside support to achieve their objectives. They often lack information on the requirements, prices, and technology involved. In this case, they need information on their requirements to proceed further. They get this information through Request for Information (RFI). They share the available information with prospective sellers to provide them with… 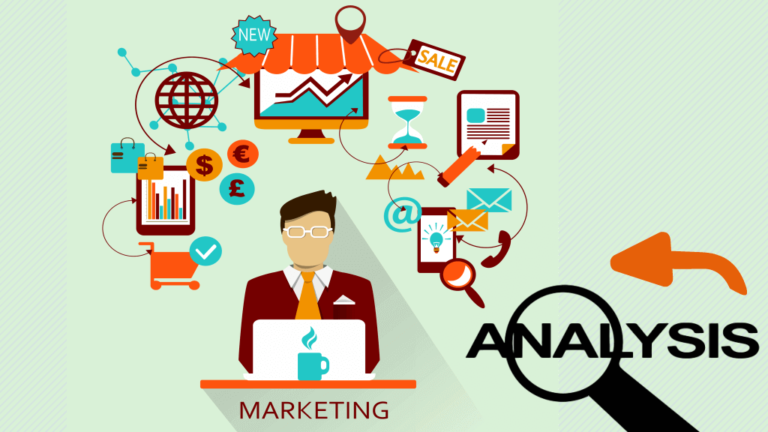 Today, we are going to discuss the Cost-Benefit Analysis, which is also known as Benefit-Cost Analysis. Cost benefit analysis in itself is a vast subject; however, in this blog post I’ll try to give you a general idea about the process.

I hope that once you go through it, you’ll have a basic understanding about this benefit measurement method.

Usually, these kinds of analyses are performed by high level stakeholders; e.g. top management, or an organization’s board members.

They sit together and analyze which project is more profitable to them and aligned with the organization’s objective, and then pick the best project. 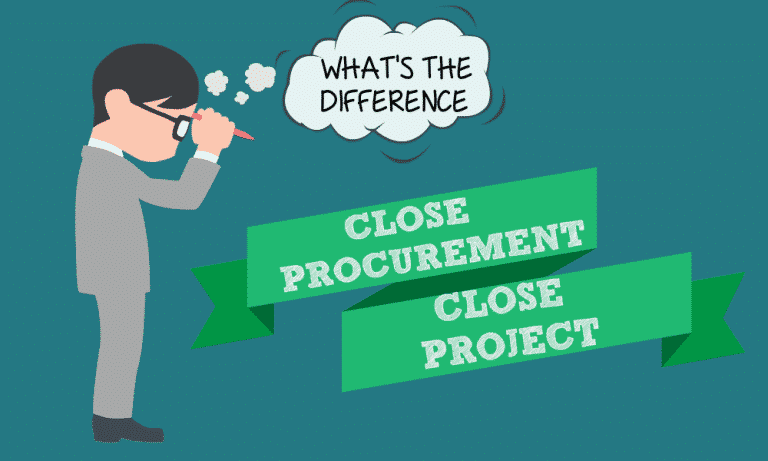 This blog post is now obsolete as the close procurement process is absent from the 6th edition of the PMBOK Guide.

At first, you may think that the close procurement process and close project process are synonyms of each other. I have seen people asking for clarification on them in several PMP forums, because they have many things in common. It can be difficult for students of project management to distinguish the two.

This blog post is meant to clear up these concepts. After reading this, you won’t have any problem differentiating between these processes.

Before we start discussing in detail, let’s make sure we all understand the key terms: procurement, phase, and project.